We provide hope with love to those experiencing challenging times

The White Rock Center of Hope is a volunteer driven non-profit ecumenical organization dedicated to making a difference in people’s lives by providing a place where the community works together to meet their neighbor’s basic human needs. 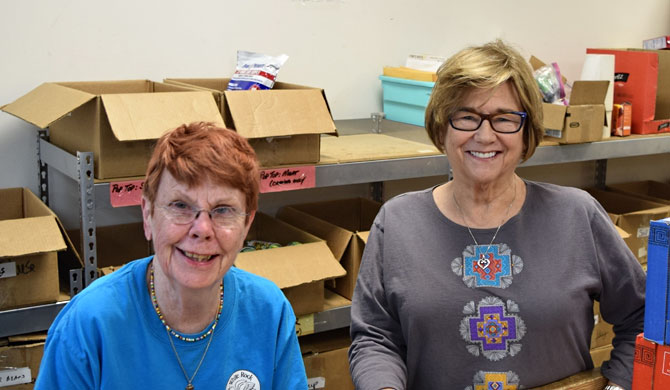 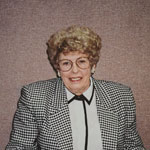 The White Rock Center of Hope was founded in 1988 by the late Donagene Christian, a member of Central Lutheran Church in East Dallas. Mrs. Christian was inspired by the Bible verse (John 21:17) in which Jesus orders Peter to “Feed my sheep.” She established the Center with the help of her pastor and 13 area churches, in the basement of the Colonial Presbyterian Church on Garland Road. With her husband’s support, Donagene became the Center’s first Executive Director, a post she filled voluntarily until 1991, when the Center hired its first paid employee.

Today, White Rock Center of Hope is still a volunteer driven non-profit ecumenical organization dedicated to making a difference in people’s lives by providing a place where the community works together to satisfy their neighbor’s basic human needs.

After a garage sale fundraiser in 1997, volunteers surveyed the plethora of leftover clothing, furniture, books, dishes, glassware and collectibles and said, “With all this stuff, we ought to open a store!” Not long after that, Ed Boyer and his wife Rita founded the White Rock Center of Hope Resale Shop which has raised over $4 million to support the Center’s basic needs service to low-income community residents. The store now provides $400,000 a year to help fund the Center’s community services.

By 1998, it became apparent that the White Rock Center of Hope had outgrown its quarters in the church basement. That realization began the campaign to purchase a permanent home. With the growing support of over 50 churches and organizations and many generous gifts great and small, the Center moved to its current location in 1999, along with the Resale Store. Early 2020, the building was completely paid off. What started as a food pantry serving two zip codes has expanded to include five east Dallas zip codes where residents are served with access to food, a clothes closet, emergency rent or utility assistance, and bus passes.

At its beginning, the Center assisted 1,135 families. By the time they moved into their own building, neighbors were assisting nearly four times that many families (4,462). In 2019, the White Rock Center of Hope helped 6,873 unique individuals with food, financial aid, clothing, and a bus pass to a job interview or medical appointment.

Until 2017, the Boyers and Donagene’s husband, Gordon Christian, still came to the Center regularly to make certain the teams of volunteers were working hard toward continued success. The good works they started are continuing to benefit community residents, with food, clothes and a little help over a pothole on the road of life; providing hope with love.